Vesna Ivezić is a teacher of sociology, philosophy and logic, in Secondary School Mate Blazine in Labin, Istria. Vesna graduated in Philosophy and Sociology at the Philosophical University in Zagreb, received her Master’s (mr.sc.) at the Department of Sociology (field – Sociology of Religion) and is continuing her PhD studies also at the Department of Sociology. For many years she has been freelancing in various newspapers and published in literary magazines in Croatia. Vesna is the founder of NGO „Association for the Promotion of Human Rights, Freedom and Quality of Life- IDIA“. Wrote a book „Right to be Different“, which was a result of research conducted under the same name, about discrimination of Roma children in the upper grades of elementary schools in different parts of Croatia, and was also cooperating with the Association of Roma from Istria-Pula, being one of the initiators of the bilingual (Romani-Croatian) magazine „The Voice of Roma in Istria“. Since 2009, in cooperation with ASU (Academy of Free Minds) Leonardo from Pula, has been organizing Bunker Festival of Prohibited and Forgotten Films“, dedicated to the affirmation of freedom of artistic expression. The Festival also holds a round table „Censorship, Freedom of Creativity and the Position of Author”. Often attends professional conferences and lectures for teachers, as well as scientific conferences, and publishes in scientific magazines. Her interests are: human rights, tolerance, xenophobia, racism, ecology, shortly, – considering all the possibilities for achieving freedom and equality for all. She is a member of the Croatian Sociological Society, Croatian Philosophical Society, and Croatian Association for Integration. 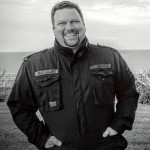 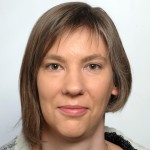 Ida Ljubić is a history teacher in the Hotel, Tourism and Catering Industry High School in Zagreb. She studied history and ethnology at the Faculty of Philosophy in Zagreb and completed postgraduate studies in history at the Central European University in Budapest. Her work encompasses teaching pupils with learning disabilities, as well as developing self-esteem and empowering pupils in vocational school through their involvement in projects such as the Model International Criminal Court Western Balkans (MICC WeB), Free2Choose, Crocus Project, the online project World Class Scholars and the International Cuisine Workshop with asylum seekers in Zagreb. Besides history, she teaches civic education subjects, such as human rights issues, the Holocaust and crimes against humanity prevention. She hopes that the project ”Historija, Istorija, Povijest – Lessons for Today” will contribute to breaking stereotypes and help create new methods and tools for teaching the history of Yugoslavia and its disintegration. 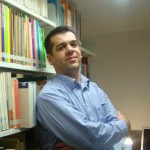